I’d like to welcome Suzie Hindmarsh-Knights to my website. I also want to thank you for taking the time to answer my questions.

Suzie is one of the writers in the book By My Side. Her story in the book is  “Run From the Sun”. 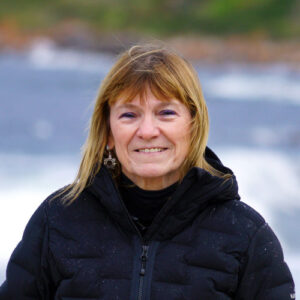 Run from the Sun is a story about love and misfortune and how two people rise above disaster.

I’ve travelled throughout the Australian desert and through my travels have met some interesting people who tell stories of survival. The Australian desert is a diverse, beautiful landscape, that demands respect. People die yearly in the Outback because of a myriad of reasons which makes it a great backdrop to set a story.

Being from the United States, I only thought about horse racing in the states, and I wondered how you researched your books. I was pleasantly surprised to discover that in the past you worked on a property with racehorses in Australia. That’s fantastic. You have plenty of experience to bring authenticity to your fictional series. 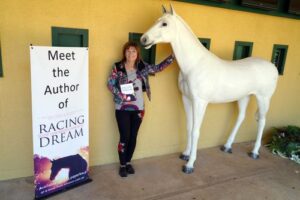 Working with racehorses as a teenager was a dream come true for me, and although later I changed direction—something I’ve done a few times in my life—I never forgot those years. I live close to Oakbank racecourse, in the Adelaide Hills, which is a country track that holds a race meeting every Easter. I’ve spent many a happy Easter Monday at the track with friends watching the racing, enjoying a glass of champagne and having a bet. It’s been a South Australian iconic event since 1876. So it wasn’t hard for me to set Racing Dream at Oakbank.

My instinct when I write is to include animals somewhere in the story, and so when I first wrote Racing Dream, it started with a young girls love of horses and a dream of winning the Melbourne Cup. The story grew into three books with characters crossing all books and with lots of horse action. It seemed a natural progression to take book two Racing Time and three Racing Fate to the Outback.

I’ve attended of all things camel racing at Marree which was different but a lot of fun. Outback racing is held on dirt tracks.

The three books have a theme: Rising above adversity, learning to trust and of course following your heart.

I always thought my books were action-adventure with crime and romantic elements. But I think I cross-genre and so yes I believe Romantic Suspense covers them well.

I was introduced to a fabulous book cover designer, Allison Martin from Waypoint Author Academy in Alaska, by my Editors Crista Desir who hails from Chicago and Jolene Perry from Colorado.

Allison asked me to write a list of ideas, and we went from there. When she came up with the first cover, I knew we’d hit gold. Love that cover. The horse looks like it’s pondering winning the Melbourne Cup. The cover of Racing Fate, the last book was trickier. I wanted a horse on that cover also, but the pivotal moment in the story is a plane crash. She nailed it with the dingos in the foreground. As I said, the Outback can be a dangerous place to visit for the uninitiated.

Allison is currently working on my El Alto series covers, and I can’t wait to release the first book in early 2021.

I read that your book Second Chance made the long list for the Davitt Award. Congratulations!

The Davitt Award is (named in honour of Ellen Davitt (1812-1879) who wrote Australia’s first mystery novel, Force and Fraude in 1865) and presented annually by the Sisters in Crime Australia Association. The awards are presented for Australian crime fiction, by women, for adults and young adults.

I’m a member of a car club which has a diverse group of people. It just seemed a natural progression to write about people in a car club. It grew from an idea after we had a trip away. My imagination ran riot. I had a lot of fun writing that book. Many of the members of my club are convinced they can see themselves in the pages. But I would never tell, of course!

My husband, Peter, has never been big on celebrating anniversaries and birthdays, saying that I’m not hard done by either as he surprises with unexpected gifts during the year.

The need for a second car came about after I reduced my hours at work and found myself without wheels. If you know anything about Australia you’d understand a car is essential. Anyway, I dropped a few hints expecting that we’d check out some second hand MX5’s. I was a little surprised when Peter dragged me off to the Mazda showroom to look at new cars.

It was fun sitting in a shining brand new MX5. The car salesman got in with me and told me to start her up. The car was in gear, and we nearly ended up going through the showroom window. He saved the day by pulling on the handbrake—thank goodness. With heart-pounding, I climbed out and signalled Peter it was time to leave. He stopped me dead when he told the salesman we’d take it. After the salesman picked me up off the floor, I signed, the paperwork with shaking hands. I wore a permanent smile for weeks. It was a memorable 25th wedding anniversary gift. 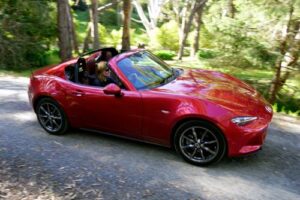 My books are available at Amazon  https://www.amazon.com.au/Suzie-Hindmarsh-Knights/e/B07H3GJGHS/ref=dp_byline_cont_pop_book_1

I started writing late in life although I’d have to say I’ve dabbled over the years but didn’t take my writing seriously until I was well into my fifties. I’d written a series of short stories and discovered Rosemary Kind of Alfie dog fame. She was very supportive and took several short stories for her website as well as including two anthologies in, By my Side and Came as ‘Me’ I’m Left as ‘We’. I’ve discovered a whole new world full of wonderful people because of my writing. New friendships have come along, which have helped fulfil my life. 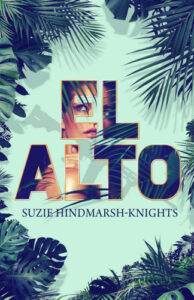 I have a two-book series due out next year. The first book El Alto in January and the sequel later in the year. These two books are an adventure, crime love story set in Peru amid a criminal organisation called the Sendero Luminoso (Shining Path) that came to prominence during the eighties and nineties. They were making waves when the story begins in 1970. This story is my first foray into a full-length novel. It was so large that over the years it got edited down to two books. It’s a story of the heart, and I can’t wait to share it.

I’m currently working on a seven books series. It’s a family saga and set all around the world. Again, action-adventure with crime and romantic elements. I’m currently finishing off book six then hope to complete book seven early next year so that I can bring the whole series together and release the first book sometime next year.

After that’s done, who knows. I fancy writing another story set around actual events as with my El Alto series. We’ll see.

Thank you for inviting me into your world. Let’s hope that 2021 is a better year for everyone. I would typically say ‘may the force be with you’ but have replaced it with ‘stay safe.’

Suzie, thank you for sharing your personal writing story with me and my website followers.