An Interview with Author Jeff Williams 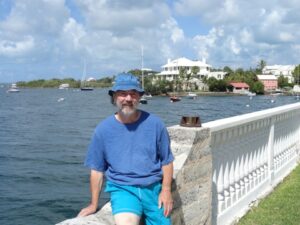 I’d like to welcome Jeff Williams to my website. I want to thank you Jeff for taking the time to answer my questions.

His story in the book is, “Coffee with Luna”.

Could you tell us about the story?

The story is written in the first person from the point of view of a young man (he is not named) who is a student in an advanced class in statistical analysis. He is besotted with a fellow student in the class, a young woman by the name of Luna. One day, at the start of class, while the somewhat bumbling and maladroit professor is still struggling to set up his laptop at the front, Luna approaches our hero and suggests they meet for coffee after class.

“I continue my quest through the databases of social media, probing the darkest reaches of the web until I’m poised on the brink, a mouse click from the holy grail that will be my destiny, that will decide whether the red-haired beauty of Applied Statistical Time Series Analysis will become my red-haired beauty. I click . . .”

If this story has a message, then that message is: Checking social media is not the way to smooth the path of true love.

What was the inspiration for the story?

The inspiration came from my dismay over the current trend of allowing social media to govern our lives. The fact that I am a mathematics professor—and deal every day with classes filled with young people—provided me with ample material for the story’s setting.

I read that your work has appeared in another anthology. It is a science fantasy story titled, “Freija”. 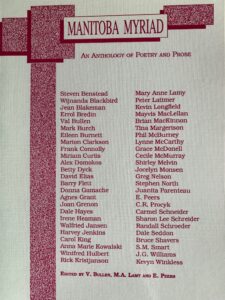 May I ask, what is a science fantasy?

Science fiction includes ‘The War of the Worlds’ by H.G. Wells and Flash Gordon’s spaceships, as well as techno-thrillers such as ‘The Andromeda Strain’ by Michael Crichton. Fantasy novels include ‘Watership Down,’ where author Richard Adams describes a community of enterprising rabbits, or Tolkien’s ‘Lord of the Rings,’ with its elaborate world of goblins, elf princesses, and trolls. Science fantasy lies between the two genres and pulls in aspects of both.

What is your story “Freija“ about?

“Freija” is a piece of fantasy, embedded in a larger work of science fiction. It is intended to be a sombre folktale and the language is deliberately archaic. One realizes from the beginning that the characters are cats. (Compare with Richard Adams’s rabbits.):

“Turn and look back to a time when Tom Tildrum ruled as King of the Cats; and seek, within the castle garden walls, the bench beside the Great Rat’s Head Fountain where the king had found his youngest daughter and held her, paw in paw, to say goodbye. Her name was ‘Freija,’ which means ‘moon-like,’ for her coat was the colour of a milk-white moon, soft as snowprints, pure as the kittenish tears that pooled beneath her eyes. Even as she wept, and touched her father’s greying whisker pads, and kissed him gently on the nose, her ship made ready at the quayside, sails unfurled and flapping like an empty gown that waited for the bride.”

I based the character of Freija on Margaret, the Maid of Norway, who was sent across the North Sea to be married to an English prince. She made it only as far as the Orkney Islands, where she died (in 1290). Freija’s fate is equally tragic and even more violent. A portent of this comes as she is setting sail, when her father’s enemies use witchcraft to summon up a storm:

“Chasing the vessel that carried Princess Freija seaward out beyond where the river opened to the open sea, it howled and hounded, as a pack of jackals that pursue some luckless hare, driving her ever further from the den she knows, grasping her between their jaws and tossing her one to the other. So the tempest clutched the hapless ship and tossed it wave to wave, forcing it forever northwards, forever further from the gentle clime where Tildrum reigned.”

Do you mind sharing details about the anthology?

The impetus for the “Manitoba Myriad” anthology came from three local writers: Val Bullen, Mary Anne Lamy, and Beth Peers. They had formed a writing club called the ‘Dennis County Writers’ Group’ and their “Manitoba Myriad” idea sprang from their desire to create an outlet for writers living in southwestern Manitoba, Canada. A small grant from the Manitoba Arts Gaming Fund Commission covered the printing costs and writers contributing to the volume were rewarded with free copies. 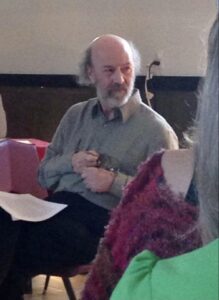 Did you enjoy doing a live reading on stage?

I always enjoy doing live readings. For a living, I teach large mathematics classes—which is a similar kind of performance art. When doing a live reading, I usually include an element of teaching—as one would find in a writers’ workshop—and explain some of the features of the work in terms of plot, setting, motivation, and so forth.

What did you read?

I read a few extracts from my ‘work in progress,’ a novel whose main character is a young woman named Victoria. As a guide to help novice writers, creative writing courses often list character archetypes: Best Friend, Free Spirit, Bad Boy, Charmer, Warrior, Nurturer, and so on. The archetype that fascinates me most is the Siren. She is typically clever and assertive, but also cynical, manipulative, and always looking out for herself. Think of Delilah from the Samson and Delilah story in the Bible. The Siren is a seductress who exploits her friends and anybody else she meets, while keeping her true intentions hidden. Sirens seldom appear in novels as main characters because they tend to be unlikeable. Readers find it hard to identify with such an unpleasant personality.

A while ago, I started to gather the necessary ingredients—setting, scenes, snippets of dialogue—for a novel whose main character would be a Siren. I named her ‘Victoria’ and began putting together what was going to happen, i.e. the elements of Victoria’s story, the high points and the low points. Here is a low point:

“Victoria sat on the edge of the bath, sunk her toes into the sheepskin rug, and cried. Her tears were not huge sobs. Her eyes were just wet enough to allow an occasional droplet to dribble down her cheek. She was twenty-three and going to die. She was not a bad person. She knew she was self-centred and a tad vain, but so was everyone, to some degree. She liked other people. Sometimes they liked her back but it didn’t happen often.”

After the complete work finally appears in print, my hope would be that readers will not judge Victoria too harshly.

I read that you co-wrote a screenplay for a TV mini-movie. That sounds exciting.

What is the movie about?

It was a light-hearted science fiction movie or, more accurately, a mini space opera somewhat in the style of ‘Star Wars.’ Janet Evans, who was the manager of the local television station, is a ‘Doctor Who’ fan and was awarded a Manitoba Art’s Council grant to pay the movie’s technical costs. She asked me to join her as part of the three-person writing team, and also Bob Green, who was a recent computer science graduate and could bring expertise in computer graphics: spacecraft entering load docks, and the like.

The setting was to be an orbiting space station, brought realistically to life by our local college’s new building, which is all pipes and metal staircases. The last thing one might imagine doing on an orbiting space station is fly fishing. So it was decided that the hero of our movie would be an ardent, but frustrated, fishing enthusiast. Hence the movie’s title: ‘For whom the Fish Trolls.’

We had the funding, the writers, and the title. But we had no story. (Without a story, it was too soon to hire any actors.)

Was it difficult to co-write with someone?

On the contrary, Bob and Janet were a delight to work with. Bouncing ideas off each other was a breeze. We had been seeking inspiration from Hemingway—hence the title of ‘For Whom the Fish Trolls’—but, when the Hemingway concept started to flounder and I suggested Shakespeare, my collaborators were keen to give it a try. We settled on ‘Macbeth,’ with three main characters: Macbeth himself (a devotee of fly fishing, in our version), his ambitious wife, who connives to have her husband murder the king, and then the ‘King’ (who, in our futuristic version of the story is visiting the space station on an inspection tour). Four or five extras completed the cast. After months of preparation, filming was completed in a few days. Editing took a little longer.

My latest project is still at the ‘project stage.’ A teaser or back-cover pitch could read as follows:

“Caught in a late-night rainstorm, a failing astronomy student encounters a gregarious Scotswoman. The student’s apprenticeship in the intricacies of romance is about to begin—and to be followed by a crash course in espionage and assassination.”

Thank you, Theresa, for your insightful questions.

You’re welcome, Jeff. I enjoyed learning more about you and your writing.